Thinking of financially emigrating? With big changes on the way, you need to read this! 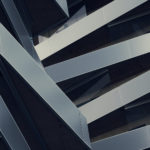 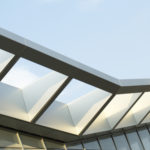 The Budget Speech presented by the Minister of Finance on 26 February 2020 provided further clarification on the above, with the Minister indicating that financial emigration does not necessarily result in one’s tax residency automatically ceasing. One may still be deemed to be tax resident in South Africa even if he or she has financially emigrated. More specifically, the Minister’s budget speech reinforced that the physical presence and ordinary residence tests will still need to be considered to determine whether an individual is a South African tax resident or not (i.e. irrespective of emigration processes having been undertaken). Consideration must also be given to the relevant double taxation agreement that South Africa has in place with the relevant country to determine whether residency rules apply.

It was also indicated that the concept of financial emigration as recognised by the South African Reserve Bank will be phased out, to be replaced by a verification and risk management process that will be conducted prior to funds being repatriated abroad. Taxpayers that are currently considering financial emigration should therefore seek advice from a specialist prior to lodging any applications with the South African Reserve Bank.

With that said, South African taxpayers living in a  country where South Africa does not have a double tax agreement with that country  as well as those in countries with no double tax agreements with South Africa should not despair. These taxpayers can more than likely obtain relief for any taxes paid in the foreign country using the Section 6quat rebate mechanism provided for in the Income Tax Act. The rebate can be claimed on assessment when the taxpayer submits their income tax return provided certain criteria has been met.

Due to the fact that the above-mentioned Section 6 quat rebate can only be claimed on assessment SARS has provided a mechanism whereby employers may apply for a tax directive. The effect of the directive will be that a foreign tax credit will be taken into account in the calculation of the employees tax to be withheld monthly for payroll purposes. It must however be noted that the credit granted under the directive is not the actual granting of the Section 6quat rebate mentioned above. The employee will still be obliged to submit income tax returns and claim the actual section 6 quat rebate thereon.

Consideration must also be given to the fact that where one ceases tax residency, capital gains tax is triggered on a deemed disposal of his or her world-wide assets, subject to certain exceptions such as immovable property situated in South Africa. Therefore, it may be quite expensive for a person to simply cease tax residency in an attempt to “bypass” the limited application of the foreign employment tax exemption and suffer the consequence of having to pay out a substantial amount of capital gains tax on assets which he or she has not yet disposed of.

It is therefore recommended that you obtain proper tax advice in this regard to ensure you do not trigger any unnecessary taxes.

Should you have any questions please contact any of our PKF Octagon partners and Tax Specialists who will be able to assist.