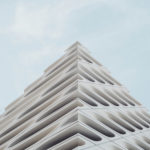 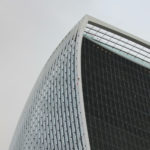 Most South African businesses are, at some point in time, exposed to credit risk in the form of bad debts. Although taxpayers would ideally prefer to recover all debts owed to them, the Income Tax Act[1] provides for some relief in cases where debts have become bad, or doubtful.

In addition to Section 11(a) – which provides for the deduction of losses actually incurred in the production of income – Sections 11(i) and 11(j) are specifically aimed at a deduction or allowance for bad and doubtful debts respectively. These two provisions are, however, contentious for two main reasons.

Firstly, there is no guideline in the Act, or a clear precedence which has been established in case law, which determines when a debt is only considered to be doubtful and when it becomes bad. This is an important consideration since it determines whether taxpayers can claim a permanent full deduction of the amount or merely an allowance – in terms of section 11(i) and 11(j) respectively. These values must then be included in taxable income again in the subsequent year.

Since 1 January 2018, banks can claim 25% of an impairment loss calculated in terms of the International Financial Reporting Standards (IFRS). In the Draft Taxation Laws Amendment Bill of 2018, the legislature looks to extend this rate of allowance to other taxpayers as well, as follows:

Although the proposal to provide certainty is welcomed, some tax practitioners have made representations to National Treasury on the different treatment of taxpayers that report in terms of IFRS, and those who do not.

Whereas IFRS 9 makes provision for either a general or a simplified approach (or a combination thereof) that may be applied across a group of financial assets (debts) and that can also consider historical information, taxpayers that do not report in terms of IFRS 9 will be required to make an individual assessment of each debt to determine if such a debt is 90 days or more in arrears. This could cause practical difficulties where debtors have different payment terms, or when payments are due (e.g. 30 days after invoice date or 30 days after statement date), especially where taxpayers have a significant number of low-value debtors.

It is suggested that there should not be any distinction between taxpayers according to their reporting framework, but rather that the guidance of IFRS 9 can be used to determine any impairment, even for taxpayers that do not report in terms of IFRS 9. This will also remove any inconsistent treatment of taxpayers solely based on the financial reporting framework that they are subject to. The suggestion is, therefore, that any taxpayer not reporting in IFRS may elect to apply IFRS 9 in determining its section 11(j) allowance. Submissions are currently being considered by National Treasury.