WHY IT IS IMPORTANT TO KNOW THE VALUE OF YOUR BUSINESS 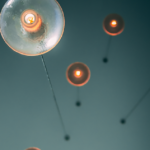 Cryptocurrency and blockchain has been the hot topic in the media the past year. It is a concept that few truly understand, and could change the future for everyone in a major way.

But what is cryptocurrency and blockchain?

Per the online dictionary:

A cryptocurrency is a digital currency in which encryption techniques are used to regulate the generation of units of currency and verify the transfer of funds, operating independently of a central bank.

The most popular currently in the market is Bitcoin; others include Eutherian and Litecoin. There are various platforms on which to trade in cryptocurrency, for example Luno. Luno functions like the JSE, where willing buyers and willing sellers transact in shares / cryptocurrencies.

Blockchain is a digital ledger in which transactions made in Bitcoin or another cryptocurrency are recorded chronologically and publicly.

An example to demontrate how blockchain works:

Pete wants to buy Bitcoin from Mary. They both use Luno as platform to trade on.

Each transaction is represented as a block. Each time a transaction is authorised, a block is then added to the other blocks already in place creating a chain, hence the term “blockchain technology”.

The chain is then compared between all the copies of the “ledgers” that are spread out over the world to validate them. You can actually add Bitcoin to your own account without actually purchasing any, but as soon as your ledger compares to the others around you, it will see the unauthorised transactions and reject your version.

Bitcoin is severly encrypted, therefore to be able to finalise a transaction, there are people in the market who solve very complex mathematical problems using a significant amount of expensive computing power to authorise the transaction. These people are called “miners”. They receive one Bitcoin for every transaction they finalise.

As soon as the transaction between Pete and Mary is authorised by the miner, the “ledger” is updated by adding another block to the chain.

The question that then arises is why would hackers not just hack and authorise transactions for themselves? This is where the magic of blockchain technology comes in – the computing power required to solve the complex problem is so expensive, that is more costly to hack than to rather just act as miners themselves and earn Bitcoin. Therefore, no one needs to trust each other and the technology allows the users to trust the system.

It is this level of technology that will regulate the future, effectively eliminating the need for lawyers and banks. The concept is throwing governments across the globe into a state of panic as there is currently no proper regulation inbedded in current tax laws.

Like Da Vinci’s inventions, the technology is a little ahead of its time and the rest of the world needs some time catching up. It is therefore critical to keep an eye on further developments as this will impact the way business is done in future.